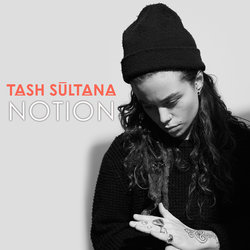 Tash Sultana is a young dynamic Melbourne artist. At just 20 years of age, Tash is creating waves generating massive street buzz & playing sold out shows nationally. Tash has made a name for herself busking on the streets of Melbourne and having homemade videos go viral with millions of views online.

Since having her hands wrapped around a guitar at the age of three, the self taught artist quickly developed her own unique style that has people lining up to see her perform live. Her vocal shines with a magical quality and she has a natural gift for melody.


'Notion' is Tash's latest single filled with dreamy guitars, ethereal melodys, deep beat, clever looping and an explosive guitar solo! This track highlights Tash's raw talent which has seen her develop into the talk of the town. Oh, and she plays everything herself, looped and live in the studio.