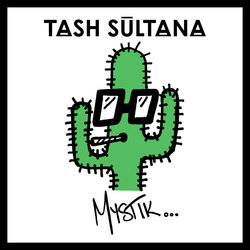 TASH SULTANA is a 22-year-old artist creating waves and generating massive street buzz by playing sold out shows all over the World. Tash made a name for herself busking on the streets of Melbourne, selling out shows with no promo and having homemade videos go viral online getting tens of millions of views.

The young, one-woman powerhouse has sold out every headline theatre show booked across multiple countries and played dozens of high profile festivals around the globe. Hit singles ‘Jungle’ and ‘Notion’ were quick to receive high rotation on triple j with ‘Jungle’ picking up rotation on alternative stations across North America & Europe.


'Mystik' was written recently in Tash’s home studio whilst on a break from touring the globe for the last 18 months. Once again Tash played every instrument on the recording, with the addition of a new saxophone she picked up and learnt to play a week before recording!