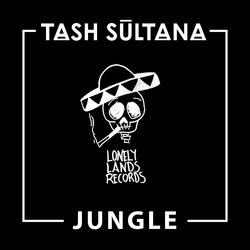 At just twenty-one years of age Tash is creating waves.

A homemade video of “Jungle” from her bedroom went viral this year, having over 2 million views and 22,000 shares on Facebook in a week. Word of mouth has traveled fast with over 10,000 tickets sold to Tash’s upcoming “Notion” tour with all venues officially sold out. This is with no radio plugger, publicist, marketing budget or even printing a poster.

Tash will be touring the UK/Europe for the first time playing two sold out London shows, a sold out Berlin show and 2 sold out Netherlands shows including a Netherlands TV performance to 1mil +.


"Jungle" is Tash's most exciting release to date having a bedroom video of the song go viral with over 2 million views and 22,000 shares on facebook in 2 weeks. This is the the definitive studio version.