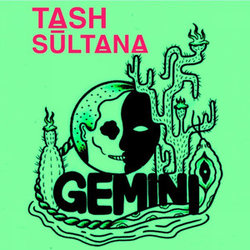 At just 20 years of age, Tash is generating massive street buzz and playing multiple sold out shows around the country.

Since having her hands wrapped around a guitar at the age of three, the self-taught artist quickly developed her own unique style that has people lining up to see her perform.

Having self-taught over 10 different instruments including guitar, trumpet, saxophone, keys/synthesiser, mandolin, arabic oud, pan pipes, beat boxing, live looping, percussion, harmonica and many more, it can only be seen to be believed that this all comes from one singular person, leaving audiences in awe.


Gemini is a soft, sultry track that slowly builds leaving you in a dream state. The lush production accompanies her multi-instrumental skills with trumpet, beats, synths and a delightful vocal. It's a must listen.