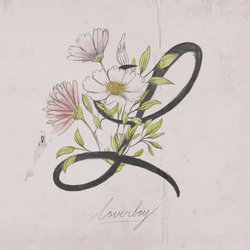 Tash, is an Australian born, singer-songwriter-musician. She was discovered by multi-platinum record producer and songwriter, Mark J. Fiest (Beyonce, Mary J Blige, Jon Legend, Little Mix) on Instagram, where she posted several acoustic covers. Tash, comes from a musical family, her mother is a guitar teacher, and her father a bass player. With so much music surrounding her on a regular basis, it was going to simply be a matter of time before Tash would commence writing and creating her own melodies.

Producer Mark J Fiest states, "Tash is one of the most amazing singer/songwriters I have ever come across, and this type of artist is a rare find. She sings with so much emotion and conviction that she speaks for a generation".

In a mere 22 months, Sydney's Tash self-penned music has been featured on 15 Spotify Playlists including 8 "New Music Fridays ON MULTIPLE RELEASES" all over the world. Additionally, her singles have also been featured on "THE NEWNESS", "DAILY LIFT", "NEW POP SOUNDS", "SWEET SOUL SUNDAY", "SPOTIFY & CHILL", and "CHILLED HITS".

Loverboy was featured on "New Music Friday" in the US last week!


Slow burning RNB pop song that oozes charm and warmth. Already featured on Spotify's New Music Friday in the US.