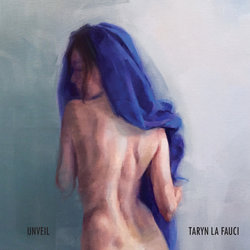 Alt-Folk and Americana inspired singer-song writer Taryn La Fauci is thrilled to announce that her debut 5-track EP, Unveil, will be released on Friday 20th February. Originally from Townsville, this 25 year-old artist's music exudes a poetic, almost old-soul beauty similar to that of Natalie Merchant, Joni Mitchell and Cat Power.

Produced by Karl Broadie (ISC Americana Winner, Golden Guitar Nominee) who is revered by Patty Griffin and many more, the 5 songs were crafted and recorded in the living room of Taryn’s terrace house in Sydney's inner west.


Map of the World is the third track on the Debut EP. This song was written on the cusp of a trip to Canada and New York. It's about acceptance of where you are and where you don't have to be if you're not ready.

Other tracks by Taryn La Fauci: All of Me  -  Oceans Between Us
%