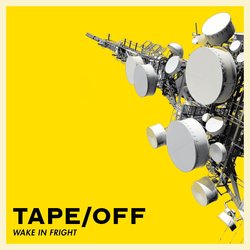 Tape/Off’s acclaimed debut Chipper (Sonic Masala) came out to much fanfare back in 2014, making the longlist for that year’s AMP award and spawning the singles Pedestal Fan and Different Order as it loudly announced the foursome as an act to be reckoned with.

A standalone single Let’s Have A Baby followed in 2015, but Broadcast Park – due in July 2018 through Brisbane indie label Coolin’ By Sound (Thigh Master, Shrapnel, Spiral Stairs) – is their first substantial body of work in four years.

Stalwarts of the Brisbane scene Tape/Off have played alongside a swag of international acts such as Royal Blood, Kurt Vile, Pity Sex, Earthless and Future Of The Left as well as homegrown bands including Violent Soho, DZ Deathrays, Screamfeeder, The Peep Tempel, Batpiss and Harmony.


Named after 1971 Ozploitation masterpiece Wake In Fright, Tape/Off‘s new single distils that film’s rustic intensity and thinly-veiled malevolence into sub-four minutes of frenetic, scabrous indie rock. It broods, pulses and screams visions of manic reprisals, the rallying cries of “Fair go, mate!” as much in hope as expectation.