Tanya Felli - Give me Revelation 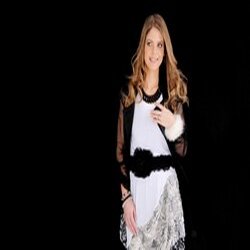 Tanya has been singing and writing songs since the age of 12, starting out with piano lessons she began putting words to music, which soon lead to forming her first band in high-school.

After graduating from college in 2002, Tanya left her home town in country Victoria to Melbourne to pursue her music career.

After years of battling self doubt and depression Tanya found new hope in her faith in Jesus and continued on with her dream to be an influential artist who is passionate about bringing encouragement and inspiration through music.

Tanya continued with songwriting and began working with various artists and producers where she landed a deal with a well know artists development company in Melbourne. This saw Tanya gigging at many venues around Melbourne.

In 2005 Tanya married her partner Rob and have had 3 beautiful children, Isaiah, Jude & Scarlett. Tanya regularly leads a music team at Destiny Centre Christian Church and In 2009 released her album "Unshaken" which opened the door to her becoming a finalist in the "Light Fm Musical Challenge".

Tanya is currently writing songs for her new album, continuing to use the gift that God has given her to make an impact.


This song is about life being short,like a vapour and crying out to God for more revelation of the price that he paid so that the gift that he has given us is not taken for granted but used to make an impact.