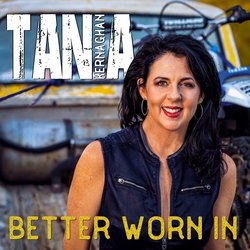 Australian through and through, Tania Kernaghan is one of this country’s most loved and respected performers.

An integral member of the Kernaghan country music dynasty, Tania spent much of her childhood touring the length and breadth of Australia with her family. Those wonderful, adventure-filled days instilled in Tania a love of both performing and storytelling, and saw her forge a professional songwriting partnership with younger sister Fiona which has lasted three decades and still going strong.

Tania’s impressive list of musical achievements includes six studio albums, winner of numerous Golden Guitar Awards including the coveted Female Vocalist of the Year (twice), Song of The Year, Album of the Year and Vocal Collaboration of the Year. With 15 number one radio hits to her credit, record sales in the hundreds of thousands and sell out concerts across Australia, Tania’s popularity continues to skyrocket through her ever growing fan base.

When it comes to entertaining, Tania Kernaghan is one woman who certainly delivers the goods. Her voice is pure, her dynamic personality and ability to captures the hearts of her audiences will definitely leave you wanting more.


Tania Kernaghan is 100 per cent comfortable within her own skin. Embracing that infectious positivity, Tania is sharing her message of self-acceptance with a powerful new single, Better Worn In. Co-written by Tania with her sister Fiona Kernaghan and Nick Wolfe of The Wolfe Brothers, the track is an exciting new direction for the multi-award-winning singer.