Tania G - Easy On Me 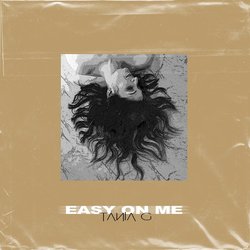 Based in Melbourne Australia, Tania G is a singer & songwriter who brings a wealth experience with her to the microphone.

Fans have described her music as falling somewhere between classic R&B/Soul and Gospel with a splash of pop.

Her last two studio albums Lay It All Down & What Really Matters featured tracks which received regular airplay on Christian/Gospel Radio across Australia and New Zealand.

Tania’s experience of over two decades as a singer, songwriter and vocal coach has led her to perform at some of Australia’s biggest venues including; Rod Laver Arena (Youth Alive), Hisence Arena (NBL), Federation Square , Hamer Hall (World Vision), Melbourne Convention Centre, and the Sydney Opera House. She has also had many TV appearances as a soloist and backing vocalist on National Television (Network 10 Good Morning Australia & Nine Network; Rise n Shine Program) and recently with the Melbourne Gospel Choir supporting James Blunt and Conrad Sewell and at Carols by Candelight supporting Dami Im.

Tania’s desire is to make music that’s moves people. Whether its singing, writing or coaching, the passion behind what she does is always to encourage, inspire and uplift others.


“Easy On Me” together with Tania G was co-written and produced by Melbourne producer/songwriter and pianist Phil Turcio (credits include Guy Sebastian, Hugh Jackman, Westlife, K.D.Lang & Jessica Mauboy). This track weaves experienced musicianship with silky vocals to create a single that forces you to sway in your seat.