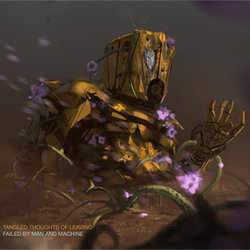 Tangled Thoughts of Leaving are one of Australia's most exciting progressive acts. Their piano-driven experimental post-rock has seen them tour internationally and earn a cult following worldwide.

Their jazz-like touch has drawn comparisons to artists such as The Necks and The Dirty Three, whilst their intensity in the live arena recall pioneers such as 65daysofstatic and Isis.

Following the release of their acclaimed debut album 'Deaden The Fields' in 2011, the band toured across Australia, including supports for Boris (JPN), sleepmakeswaves, Russian Circles (US), Dead Letter Circus, Omar Rodriguez-Lopez (US) and 65daysofstatic (UK), as well as headlining their own club shows.

2013 sees TTOL with a new EP release, 'Failed By Man and Machine' featuring a stunning blend of their progressive rock fusion with electronics and melodic flourishes alongside their outstanding technical prowess.

The band toured nationally in March supporting US post-rock giants This Will Destroy You on a sold-out Australian tour, before heading overseas to play at Belgium's prestigious Dunk Festival and tour across the UK and Eastern Europe to passionate crowds.

Mid-2013 will see the band return home to headline their own national tour and release their next eagerly anticipated full-length album.


Failed By Man is a delicate synth-driven groove with some of Tangled Thoughts of Leaving's most pensive melodic flourishes.

For fans of Battles, PVT, Seekae, Rat and Co. and Tortoise.


Other tracks by Tangled Thoughts of Leaving: Dance Before You Die
%