Tammy Moxon - Drives Me So Sane 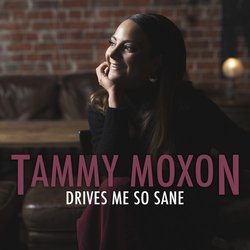 At five-years old Tammy Moxon first appeared on stage singing alongside her father at their local Country Music Club Social. Her childhood years saw her succeed at festivals throughout North Queensland, Brisbane, Tamworth and Mildura.

The ball started rolling for Tammy when she won the Charters Towers Country Music Festival in 2014. This success led to a spot at the Gympie Muster later that year, and an invitation to attend the Tamworth Academy of Country Music in 2015.

This new network of likeminded peers led to the opportunities of performing as the opening act for Felicity Urquhart’s show, and appearing as guest artist with the legendary Bushwackers – both at Tamworth’s The Longyard Hotel.

In 2018, she was asked to open at Drew McAlister's West Diggers concert and was a member of ABC's DAG Saturday Night Country House Concert - aired after the radio broadcast of the 2018 Golden Guitar Awards.

Roger Corbett produced Tammy’s debut album, Fall in Time (2016), which was featured on ABC Radio’s Saturday Night Country as Album of the Week. She released her first single, Home Ground, soon after.


The single focuses on the contradictory complexities of loving relationships. In other words, loved ones can drive you so crazy, but you can’t live without them, so therefore, they drive you so sane.