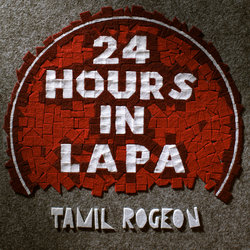 Rogeon's previous works include a tribute to Stravinsky's Rite of Spring performed by a 100-piece orchestra, a soundtrack to a concert screening of the drawn 2010 AFL football Grand Final performed by the Melbourne Symphony Orchestra, and the Red Bull Beat Suite, a unique work combining orchestra, turntablists, beatmakers and vocalists including Aloe Blacc and Ladi6.