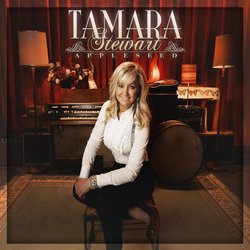 Tamara Stewart began her country music journey at the age of ten, with her first guitar and family and friends in Morroopna, Victoria, for fans.

After years of honing her skills as a songwriter and performer, in 2001 Tamara released her debut album 'The Way The World Is', to rave reviews. Since then Tamara has released two more gorgeous, and varied, albums and written songs for other major country artists including Beccy Cole, Adam Brand and Melinda Schneider.

Now, Tamara returns with her fourth album, APPLE SEED, a collection of Fun, Life and Truth. Including the #1 hit “Butterfly” it is undoubtedly Tamara's finest work to date.

Not only the writer and the artist, Tamara once again slips comfortably into the chair as producer of the album and the result is a ‘heart wide open’ piece of work.

Also a great collaborator, Tamara teams up with Sara Storer and Felicity Urquhart on 'Women in Song', co-written with Colin Buchanan, and with Rick Price and The Australian Girls Choir on 'Lion Heart'.

“Sisterhood (Of Feeling Good)” is a great album opener. It’s contagious upbeat melody and ‘good time’ chorus is an anthem for women everywhere.

Apple Seed is out now.


As the title suggests, Sisterhood (Of Feeling Good) is a feel-good song from beginning to end. With its contagious upbeat melody and girl-power chorus, Sisterhood is a song of celebration that really captures the fun and freedom that can go along with being a woman.

Other tracks by Tamara Stewart: Sisterhood (Of Feeling Good)
%