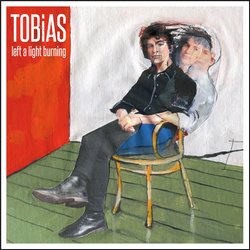 "There is a soulfulness and a longing in the Australian spirit that touches me , and I hear this in Tobias' songs and singing" - Luka Bloom

Two decades performing on the international stage, Tobias has cemented his reputation as one of Australia's leading folk pop artists. playing alongside Missy Higgins, Jen Cloher, Archie Roach and Toni Childs. Often described as “Beck meets Paul Kelly meets War on Drugs” – Tobias’ music brings the room to life with his craftsmanship and songwriting ability. His latest single when the sun comes up again – became #1 in Australia in 2017. Known for his exceptional breadth and experience with writing music, he comes to life on the guitar and his acoustic performances bring this alive. After 2 years of solid touring nationally Tobias is now putting the final touches on his third studio album!


'Left A Light Burning' is the sixth single released by Indie / Folk Pop artist Tobias. Featuring a dynamite list of musicians including Michel Rose (Troy Cassar-Daley, Kasey Chambers) and Caroline Trengove (Hilbuilly Goats). The song encapsulates the feeling of Tobias's tours in and around Australia.