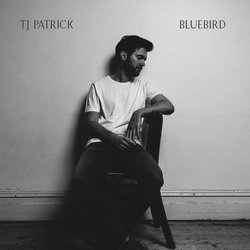 TJ Patrick's flair for song writing was developed during a stint working alongside Aria award winning producer One Above. The pair wrote and recorded music for some of Australia’s finest artists. TJ’s bluesy, melodic guitar playing can be heard on records by Urthboy, PEZ, Drapht and the Hilltop Hoods’ platinum selling single, ‘Higher’.

However, it was a tour of the USA that really captured his love for folk music. Sound tracked by the likes of Paul Simon, Dolly Parton and Gillian Welch, TJ embarked on a tour of the south playing at some of America’s most famous songwriter venues including Eddie’s Attic and the iconic Bluebird Café in Nashville.

“This was a time of self discovery both musically and personally. I began to learn what suited my voice and embrace who I really am,” he says. “For the first time music from about writing from the heart, not just the pen.”

For the past two years TJ has also been an ambassador for YGAP’s polished man campaign, twice selling out shows in Melbourne to fundraise for the event.

He is now set to bring his music to the world for the first time.


The song was recorded with Ben Edgar (Angus and Julia Stone, Passenger) in Victoria's Dandenong Ranges. The country inspired instrumentation aims to augment the sweet simplicity of the lyrics, providing moments of unbridled joy.

TJ Patrick's vocals dance over a bright, sunny mix of body percussion, banjo and guitar, coming together to create a pure feeling of love.