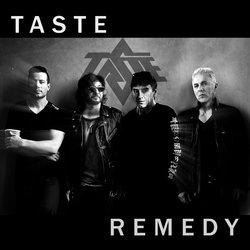 Following the release of their new album, Life on Earth, '70s rock legends TASTE are releasing their next single Remedy to radio.

The band will also embark on a national tour in February 2019 in a show that will take you back to the 70s and the heady days of ‘Countdown’.

The lineup includes John Coghlan’s Quo, featuring all the classic songs from STATUS QUO along with TMG, fronted by Ted’s brother Steve Mulry, and to Tickle Your Fancy, TASTE will be performing songs from their 70s hits as well as their current albums.

The tour featuring special guests TASTE starts Feb 22nd at The Gov in Adelaide and moves around the country, finishing up in Toowoomba on March 10.

Ahead of the tour, TASTE are releasing Remedy, a tender ballad featuring the voice and lyrics of lead guitarist, Joey Amenta.


Remedy - rock ballad written and sung by TASTE's Joey Amenta. “I was at a fork in the road. I had just fallen in love so I thought I’d write a love song. I started playing the chords and the word ‘remedy’ came out. That’s how love should be ... a remedy for life,” says Joey Amenta

Other tracks by TASTE: Is it Just a Dream (Live at the Corner)  -  Remedy (Acoustic)
%