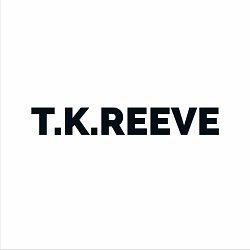 T.K. Reeve is a solo artist from Melbourne, Victoria whose original songs hark back to early roots music with a modern perspective. Playing baritone electric guitars in addition to having a lower register singing voice, he conveys everything from ballads to energetic feel-good dance numbers, delivering a spontaneous and dynamic show.

Released debut single "Don't Want Nobody New" in Dec 2016, followed by appearances at Tamworth Country Music Festival 2017, shows on the Blues Train, Queenscliff and a 10-date regional VIC & NSW tour accompanied by drummer Nathan Power (The New Savages, Patrick Wilson). A 14-date tour is underway for September and October 2017 in conjunction with the release of the debut self-titled EP.


An indignant booze-fueled night out, and the hi-jinx and regret that ensues.