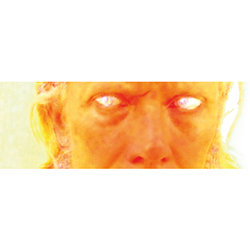 Long-time sad sack and veteran tiller of doom, t.k. bollinger has been writing and recording songs since the grunge plague of 1991. He cut his teeth mainly playing drums for the much-ignored acid-folk combo, The Stinking Badger of Java.

A trip to the top-end in 2004 caused him to strip back his material and to begin playing an idiosyncratic style of country blues. These songs were captured in 3 recording collections: 2005’s My Delicate Melancholy Devotion; 2007’s Sad City Twilight Demo; and 2011’s more polished A Wide Road Called Sorrow. All were self funded digital releases.

Bollinger went electric again in 2011, performing with Vis Ortis and R.S. Amor as t.k. bollinger and that sinking feeling. They released A Catalogue of Woe, in August 2014. Upon it’s release, the rest of his band was so appalled that they moved to Tasmania.

Accordingly, Bollinger took it upon himself to complete his solo bummer opus, Shy Ghosts and released it in January 2016. A new album, What’s Left Now You Are Dead to Me is set for worldwide release on 31st October 2017. Still in bollinger’s confessional style it promises to be a lusher and, possibly, more hopeful collection of songs.


If you have ever been in a relationship that was 10% wonderful and 90% horrrible you will enjoy singing along to the epic refrain at the end of this sad and stirring alt-pop inspired builder. Built around 3 chords it moves from acoustic to string laden glory over 4 minutes.

Other tracks by T.K. Bollinger: A Life of Fear  -  The Mess I've Made