Syrup, Go On - Don't Go (Riding Down The Cosmic Drain) 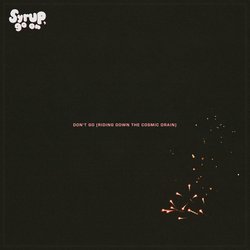 Based on the idyllic Gold Coast, SYRUP, GO ON developed in the shoegaze mold, utilising the male and female vocals trope but evolving out of the genre's conventions and on this, the first single from their debut album, they seek out ways to explore new sonic pathways.

Fronted by Liz Dick and Tom Briese, the wall of sound produced by the band is psychedelic information overload built out of rich melodic layers and harmonies. Luscious, luminous, and explosive pop songs that unravel more and more with each listen define the band, as does their range from sounding like an electrified Crosby, Stills & Nash to a Phil Spector-produced, futuristic The Smiths.

Initially an outlet for Briese’s compositions, Liz Dick and brother, Kris, began providing input on the writing, giving way to outside influence and a change in style. Behind the Briese brothers and Liz Dick is Adam Sharman, Matt Rosin, and Kai Bodna. Now firmly established in the Gold Coast’s thriving indie and psychedelic rock scene, the band are playing to crowds who know the words to every song and looking to take their unique party to the rest of Australia and beyond.


Don’t Go (Riding Down the Cosmic Drain) is a dare, a warning, and a celebration all wrapped up into a four and half minute hallucinogenic pocket symphony. Lyrical themes delve into the band’s inner space while the instrumentals will lift you to outer space.