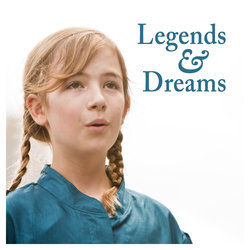 Over its 24-year history, the Sydney Children’s Choir has built a worldwide reputation for choral excellence. Under the direction of founder Lyn Williams OAM, the choir champions Australian music, having commissioned over 100 works from leading and upcoming Australian composers and performing a significant number of Australian compositions each year. The choir frequently travels the globe, performing Australian choral repertoire to great acclaim, recently returning from its longest ever international tour around Europe. Closer to home, the Sydney Children’s Choir engages in a range of projects around Metropolitan Sydney and Australia. Sydney Children’s Choir is frequently invited to perform with some of the world’s most acclaimed orchestras and conductors including Michael Tilson Thomas with the YouTube Symphony Orchestra, Zubin Mehta and the Israel Philharmonic Orchestra and with the Sydney Symphony under Edo de Waart, Charles Dutoit and Vladimir Ashkenazy. The choir also regularly records for radio and film and is featured on the soundtracks of Moulin Rouge (2001), Happy Feet (2006) and Australia (2008). The choir’s most recent digital EP, Legends & Dreams, is currently available on the iTunes store.


Gaudete is taken from the ancient Finnish songbook, Piae Cantiones, first compiled in the sixteenth century as a set of celebratory songs for the Christmas season. It is an upbeat and joyful piece that embodies the enthusiastic spirit of christmas.

Other tracks by Sydney Children's Choir: Rain Dream  -  Laudate for Another Place, Another Time
%