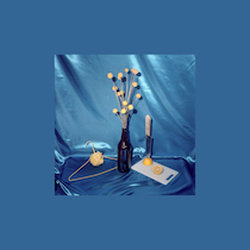 It didn’t take long for Sweater Curse to catch on. With only two tracks to their name in 2017, the trio landed slots on sold out lineups with the likes of Camp Cope, Julia Jacklin, These New South Whales, Rolling Blackouts C.F., Jess Locke and Jen Cloher.

Throughout the year the band maintained this momentum, also clocking up festival spots Blurst Of Times, Mountain Goat Valley Crawl, Against The Grain and Secret Garden. After releasing their second single ‘Don’t Call Me’ at the end of 2017, the band signed to New World Artists and headed out on a national headline tour, with the track stacking up airtime on triple j, Unearthed, FBi and 4ZZZ.

This year Sweater Curse have headed back into the studio to record their debut EP with producer Fletcher Matthews (Dear Seattle / Clews / Columbus), recently sharing their latest and most widely praised single to date ‘Can’t See You Anymore’. The single quickly captured the attention of Triple J, Unearthed, and FBi, securing rotation adds and eventually landing the band the coveted Unearthed Featured Artist slot.


“I had a dream that Rei and I were both feeling really sad and confused, so we cut open Rei’s head to see what was going on. I was desperately trying to understand other people in my dream because my close relationships at the time seemed so weird and unreal.” – Monica Sottile, vocals/bass