Susanna O'Leary - Doing This For You 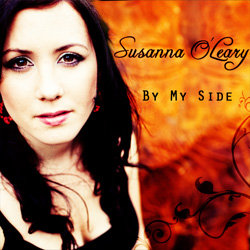 Susanna O’Leary is an award winning singer/songwriter who has performed at major music festivals around Queensland and toured nationally around Australia. Her musical style and vocals are reflective of her Colombian heritage and her songs combine pop/rock with Latin and world influences.

She has received numerous awards for tracks from her debut EP "Somewhere in Between", including International song of the month, semi-finalist and finalist for the UK Song Contest (2009, 2010 & 2011). She has just released her latest album “By my side” which she looks forward to launching at upcoming tours and festivals.


This bluesy rock/pop tune which will get you bopping with it’s strong rhythmic drive and rocking guitars. The words reflect the angst of feeling 'boxed in' and misunderstood.

Other tracks by Susanna O'Leary: By My Side  -  Incredible
%