Super Magic Hats - What You Find 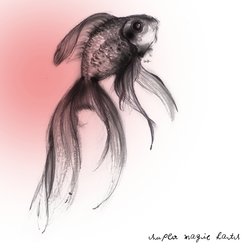 Super Magic Hats emerged on the Melbourne scene in mid-2011, when tracks ‘Happy Jazz’ and ‘Hangin’ were picked up by blogs and radio receiving airplay on Triple J and Triple R. ‘Charcoal’, a moodier offering, premiered on XLR8R and caught the attention of radio and blogs around the world. As an accomplished guitarist and bass player, live instrumentation makes its way into many Super Magic Hats
tracks, while a love of the unusual means electronic gadgets such as Yamaha’s Tenori-On also feature prominently.


‘What You Find’ is the second single to be lifted from Super
Magic Hats debut EP. Written, self-recorded, mixed and mastered by Super Magic Hats, ‘What You Find’ could be considered the cornerstone of the EP. Written about coming to terms with loss, the track is open and honest.