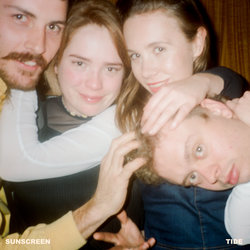 In 2017 alone, the band has supported promising acts including The Ocean Party, Rolling Blackouts C.F, Totally Mild, Shining Bird, The Orwells and Jade Imagine. This November, the band are to support RVG for their A Quality of Mercy tour at Oxford Art Factory and DMA's for their Dawning single launch at Paddington Town Hall ahead of headline shows accompanying the launch of their debut EP, Just a Drop, a split between Dinosaur City Records and Spunk.


For 'Tide', a collaboration between Sarah Sykes (vox/guitar) and Alexander McDonald (lead guitar), the pair reflect on the all too familiar experience of waking up alone to the sobering light of day after an evening out, and the difficulty of finding meaning as a young person in a big city.