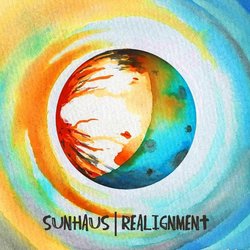 In the beginning it was three friends wanting to play music for fun. From early 2015, the band became a full house when the original trio of Aidan Geraghty (Vocals/ Guitar), Adela Lau (Drums) and Dave Skitmore (Bass) had met the classically trained Madeleine Kinraid (Back Up Vocals/ Keys).

Having an eclectic taste in music they each developed their songwriting together while reveling in each other's company, drinking too much, quarreling with each other, crying over each others shoulders and drinking some more.

Putting their youthful behaviour to the side, they brought out their live show in late 2015. Since, the band has been working towards the release of their debut single ‘Realignment’ and EP (due out in October).

With the band’s intent to make people feel as though they understand them, the frontman Aidan Geraghty although shy with spoken word, passionately outlines each member's story with his dynamic singing voice which is coloured in by harmonies from Madeleine Kinraid and Dave Skitmore.


‘Realignment’ with its uplifting yet melancholic vibes, pedaled piano notes, echoey synth and vocal solos expresses the speechlessness one feels in the situation of absolute awe and drunkenness. The chorus, “I've got time to realign to anything you might now need,” was written whilst in this exact moment.