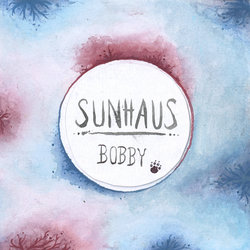 In the beginning it was three friends wanting to play music for fun. From early 2015, the band became a full house when the original trio of Aidan Geraghty (Vocals/ Guitar), Adela Lau (Drums) and Dave Skitmore (Bass) had met the classically trained Madeleine Kinraid (Back Up Vocals/ Keys).

Having an eclectic taste in music they each developed their songwriting together while reveling in each other's company, drinking too much, quarreling with each other, crying over each others shoulders and drinking some more.

Putting their youthful behaviour to the side, they brought out their live show in late 2015. The band released their debut single ‘Realignment’ which reached national radio on Triple J. Since the band have landed some great support slots including: Chase City (TAS); Lita & The Bones (BNE); Asha Jefferies (BNE) and The Peeks (MEL).

The band are following up their debut single with their second, entitled ‘Bobby’, ahead of the release of their EP in early 2017.

With the bands intent to make people feel as though they understand them, Aidan although shy with spoken word, passionately outlines each member's story with his dynamic singing voice which is coloured in by harmonies from Madeleine.


Sunhaus have packed joy and pain into the emotive track 'Bobby', inspired and named after the loss of Adela's (Drums) dog.

“Glad to have discovered you today!” (Triple J)
"Once vocalist Aidan Geraghty opens his mouth, you’ll be affixed until the gig is over!” (AAA Backstage)