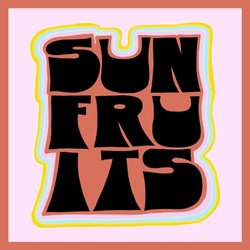 The Sunfruits’ sound is akin to other Australian psych groovers, such as The Babe Rainbow, Nice Biscuit and Parsnip, with elements of earlier Nuggets-era bands, like Count Five, The Seeds and The Electric Prunes. With trippy and poppy melodies shifting in and out of focus, Sunfruits weave danceable psychedelia that is both relaxed and punchy.

Having only formed in December 2018 Sunfruits have hit the ground running, with their first single ‘All I Want’ being released in March 2019. The single premiered on Melbourne’s PBS (Headhunters) and also received airplay on RRR, 4ZZZ (Brisbane) and various online stations in the UK and Spain, as well as being added to high rotation on The Hoist (SYNFM). In August 2019, Sunfruits released ‘All I Want’ and a B-Side instrumental ‘Evergreen’ on a Split 7” record with Sydney band Noodle House, via Third Eye Stimuli Records. This impressive collaboration was launched with performances in packed venues in Melbourne, Sydney and Wollongong. This period also saw them support The Underground Lovers, Gabriella Cohen, Full Flower Moon Band, The Dandelion and Parsnip.


Sunfruits the self titled single has a jingle-esque feel and lo-fi pop crunch, similar to King Gizzard’s “Vegemite”, as well as some doo-wop throwbacks to The B-52s or The Shivas.