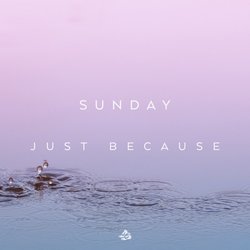 ​Sunday is music drawn from the Californian desert, music that producer Aaron Shanahan has provoked from its rocks and rinsed from its open sky.

As musical director, musician and singer for Indie-Dance band Miami Horror, Aaron has spent over half a decade performing, Djing, writing and collaborating-a current of exploration that has swept him inexorably towards the heart and heat of Sunday.

Sunday is a drenching of the senses-kaleidoscopic pop drifting over modulating textures. Much like the desert that inspired them, Sunday’s songs unfold gradually with gentle permutations that bloom into the mesmeric and ethereal.

This same serene detail that defines Sunday has made Aaron a much sought-after collaborator. In just a few years he has toured with the likes of Phoenix, Crystal Fighters, Washed Out, Empire of the Sun and collaborated with Goldroom, Gigamesh, Saint Lou Lou, George Maple and many more.

Sunday marks a return to the solitary-an audible symmetry between the artifact and the unknown. Aaron brings years of musical experience with him from musical directing, producing and performing with “Miami Horror” and his psychedelic project “Wunder Wunder” to DJing globally with Miami Horror DJ’s.


'Just Becuase' is a dreamy electronic track from Australian producer Sunday, formally the guitarist/vocalist/co-producer for Miami Horror. 'Just Because' is a chill sounding track that has a slow kick drum, paired with Sunday's vocals, which lean towards a Kevin Parker vibe.