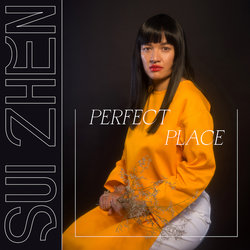 Throughout Melbourne-based artist Sui Zhen's discography and performances, the experimental pop and performance artist has zoomed in on the intersections between human life and technology.

Losing, Linda pairs her signature inquisitiveness with a surreal electronic pop that possesses a dreamlike quality. It's an album that examines loss on multiple levels.

The resulting record pushes the fascinating sounds and ideas of 2015's Secretly Susan further and deeper, drawing equally from the plush realms of Sade, Japanese city pop, early electronic music of the 1980s, and the mournful swing of Tracey Thorn's early work.

Sui Zhen's musical journey has included involvement in the Red Bull Music Academy and spanned collaborations with dance and electronic artists like NO ZU, Retiree and Tornado Wallace. She's also been commissioned for scoring and composition work in the ambient sphere, such as creating a "spatially aware soundtrack" to an exhibition at the Art Gallery of NSW, and providing the live score for Chris Marker's 1983 documentary Sans Soleil.


A sense of overall mortality was unmistakably infused into the thematic structure of Losing, Linda during it's creation. The video for lead single, 'Perfect Place' introduces the character Linda, a ghostly apparition, representing the fragments of self, the avatars we leave behind after one dies in the physical realm -- but do our digital selves ever fully disappear?