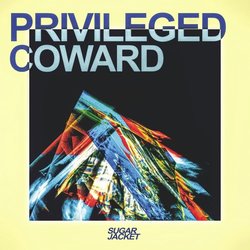 Inspiration can strike in any place at any time – from Keith Richards writing Jumpin’ Jack Flash in his sleep to Prince laying down the definitive recorded version of Purple Rain the first time he ever played it live.

For increasingly vaunted producer William van der Vliet (Sugar Jacket), his psychedelic sonic guitar scapes often take flight in his car of all places. Not the most traditional of settings, but as he explains, it’s a place where he can often take the kernel of a song idea on his iphone and through playback on the stereo while driving or waiting between jobs he painstakingly crafts melodies over beats and chord passages.

That said, a hermit-like existence tinkering and recording in a darkened room isn’t the preserve of a sports-obsessed young man from rural Australia. The dreamy guitar scapes of forthcoming single 'I’m Hurt' evoke the glacial synthesizer expanses of M83 coupled with the iridescent glow evoked by Tame Impala’s hazy endless summer.


‘Big Planet’ is a letter to my parents. In that letter I am thanking them for everything that they have ever done. It’s about the existential fears of global warming, 24 hr news cycles that suffocate us with horrible world events. I’m just letting them know that I’m ok, because of them. Thank you mum and dad.

Other tracks by Sugar Jacket: Sour
%