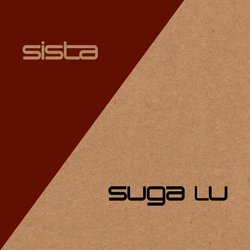 Suga Lu, is fronted by acoustic singer/songwriter Lu Dulvarie. A self-confessed “musical" late starter discovered her gift age 30 and quickly found herself frequenting original music venues on the Sunshine Coast. Meeting Steve Schultz in that time has culminated in a 20yr friendship, and various music collaborations.

After moving North, Suga & Steve formed as a duo in 2012 to perform Palm Creek Folk Festival, Suga & Schultz, and despite geographical differences from Townsville to Buderim have maintained a level of continuity and growth.

The release of “Sista” in 2015 saw the introduction of percussionist Dave Thornton to the studio live recording and to the band. The launch at The Bison Bar was to a sold out show with the venue at capacity.

Suga Lu has been described as relaxed familiar and embracing, a kind of chicken soup for the soul. The songs capture life experiences and observations of human interactions beautifully.


Upbeat acoustic tune about being proud of who you are.