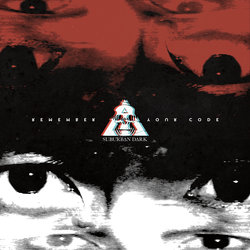 Music not to be messed with, Suburban Dark is a duo hell-bent on keeping things straight and tough. Self-described as “fight beats”, their analog-synthesizer infused sound is deep, minimal and razor sharp, intended to be played loud. Since late 00’s, Sydney boys Chris Irvine and Ryan Wilmott have made infectious brutal sound.

Their debut album Second Front was released on Big Village Records in July 2013 to significant critical acclaim. They received a slew of great reviews and were awarded album of the week on FBi Radio. The first single, “Skeletonne” feat. Jeswon (Thundamentals), was added to high rotation on Triple J and featured on Triple J's free music download page for six weeks. Since its 2013 release, the video clip has had over 75,000 hits on Youtube. The second single, “Mind Reader”, received spot rotation on Triple J. Their second full length album, Death From Below, will be released through Big Village in 2017.