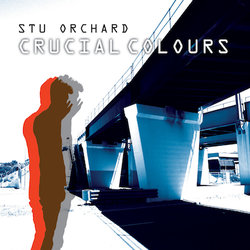 Learning his craft on stage, Stu Orchard has toured widely around Australia – performing with a range of artists from Dave Graney and Bob Evans, to blues heavyweight Lloyd Spiegel – his music reflects an organic, performance-based approach to songwriting. Recording his first release in 2003, 2010 saw Stu Orchard with three EPs under his belt, each showing a distinct musical progression from the last. His debut album, Uneven, came after several years of touring and relocating between Perth, Melbourne and Brisbane solidifying Stu as a gifted and open-minded artist, noted by Eddie Vedder as being “a great piece of Australiana”.

Stu Orchard’s latest EP, Crucial Colours continues in this tradition of imaginative and diverse music, with Stu experimenting with new sounds and ideas in his already impressive mix of styles. In some instances rocking, relentless, in others gentle and moody. Crucial Colours depicts Stu Orchard as a deeper and more expressive songwriter, whilst remaining true to his original spirit of bending the rules. Influenced by his other musical collaborations – 'Tabas.co' and 'The Slack' – Stu Orchard’s sound has arrived at a point where it is capable of going anywhere, yet still sounding distinctly like Stu Orchard.


The story of a monkey flying a spaceship who doesn't know where he's going. Inspired by a conversation about how emotional and passionate people are about certain issues, but when considering the grand scheme, is it really necessary?