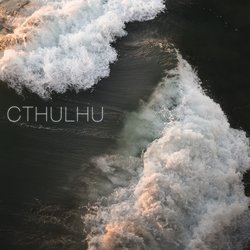 After forming in 2013 the Brisbane rock outfit hit the studio with Aria winning producer Magoo (Regurgitator), recording and releasing their first EP ‘The Other side’. After a year of cutting their teeth on the East Coast circuit the band gained commercial airplay with Triple M and in 2014 supported WolfMother on their Australian tour.

In 2015 Street Pieces returned to the studio with Powderfinger producer/engineer Jeff Lovejoy recording and releasing singles including Sacrifice and Bad Kind of Woman. These songs marked the shift to a heavier sound and the next two years had the boys on the road supporting NZ rockers Shihad, The Bellrays (USA), The Radiators and Richie Ramone.

2018 marked the release of 6 track EP ‘Everything you Ever Wanted’ and a music video for the single‘Monster’, featured in Blunt Magazine. After completing the ‘Monster’ mini tour across Queensland Street Pieces recorded their third EP with multi-platinum, Aria award winning producer Govinda Doyle (Dead Letter Circus, Angus and Julia Stone). The new single ‘Cthulhu’ along with a music video will be launched in July this year and the band will be on the road again bringing their giant sound to the masses.


With a sound as massive as the godlike sea creature it’s written about, Street Pieces unleash a relentless rock anthem that swells and breaks over you, swallowing you like ferocious ocean wave. Drawing from the eternally dark riffs of Sabbath, core shaking drums of Zeppelin and chronicled by soaring vocals comes a perennial anthem fit for the halls of rock.