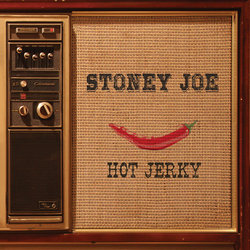 Hot Jerky from Stoney Joe, is set to generate some serious heat for its release on July 26, 2013.

The album is both meticulously produced and somehow more 'live' with the band settling into an upbeat edge early in the proceedings. Each song has its own flavour, lovingly tied together by the band's idiosyncratic use of electronic instrumentation. Individual tracks flow from one to the other seamlessly. These electronic western sequences at times even evoke The Tornados’ Telstar! The lyrical rhythm of the mandolin lifts the mood on some of the ballads.

The release of Stoney Joe’s impressive debut album Brown Bread and Rice in 2012 saw the W.A. four-piece receive 4 1⁄2 stars in Melbourne’s The Age and pick up airplay around the country on Radio National, JJJ and various community radio. The band was nominated the same year at the WAMi Festival Awards for ‘Country Music Act of the Year’.

In WA the band is fast becoming a Festival favourite, with their live shows a foot stompin’, wobble boardin’, spoon slappin’, wild, and at times, cinematic journey.

Like a good whiskey... this music goes down real easy.


Kalamunda Hills reveals the band at their most whimsical. Wobble board provides an unexpected backdrop to the mournful country swagger.