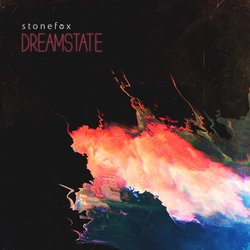 When audiences were first introduced to Stonefox, it was the lush and captivating sound reminiscent of The xx and Daughter that was early to entice lovers of the mellow-pop scene.

The band's debut 'All I Want' had Stonefox showcase an evocative style of delivery and production. Springing forth from the band's laptop in their backyard shed were intricate musical threads, crafted into fleshed out compositions that proved to stand strong on their own. The band independently released their debut EP 'Surface' that saw Stonefox amass a Spotify play count exceeding 2.5 million.

Emerging from Jean-Paul Fung's studio (Last Dinosaurs/Snakadaktal) reinvigorated in 2016, with the support of major international tastemakers like Majestic Casual and Mr Suicide Sheep already behind them, Stonefox eye up the remainder of the year ready to share their latest work.


Stonefox return with the new single ‘Dreamstate’, a superb serving of pristine mellow-pop crafted in collaboration with Sydney-based producer JP Fung (Last Dinosaurs, Snakadaktal) whose touch has catapulted their sound to the next level.