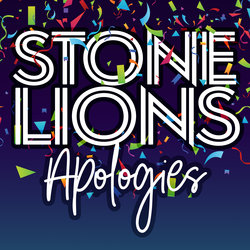 Guitarist and co-vocalist Chris Randles describes the motivation behind ‘Apologies’:

“’Apologies’ is a track that recalls a relationship where a significant other tries to change the person you are. It shines a light on the moments where you’re constantly feeling like you need to say sorry, just for being you”.

Their debut single ‘Burnt Out Lights’ received praise from triple j’s Short.Fast.Loud presenter, Josh Merriel, who played the track on his show and described it as “catchy as hell,”. It was also played on triple j Unearthed radio and various community stations.

Since their inception in late-2016, the band have maintained a vigorous live schedule selling out headline shows and sharing stages with the likes of Unwritten Law (USA), The Getaway Plan, Clowns, WAAX, RedHook and Bleeding Knees Club.


Taking cues from the likes of New Found Glory, All Time Low and Neck Deep, ‘Apologies’ is a fast-paced and energetic pop-punk affair that combines monumental drums, steadfast bass and razor-sharp guitars. Stacked with unapologetic monstrous pop-hooks and catchy sing-a-longs, the track is the quintessential summer party anthem sure to warm you up this winter.