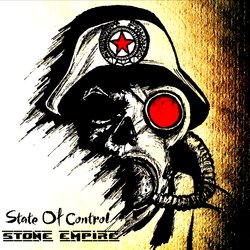 Stone Empire are also endorsed by Graham Buzz Budstrup, founder and drummer of Aussie Rock legends The Angels and Gangajang.

In 2015 the band secured 3 songs on Triple J’s Unearthed Top 100 chart from their first demo recording and again followed this up with another 3 songs in Triple J’s top 5 in January 2016. Landing the No. 1 pole position on Triple Js rock chart for their single Cage, and No.3 and 4 with their tracks Hey Man and Beyond Here all from the Octorabbitsquidskull EP.

They are currently preparing for a US tour later in the year and have two new single out for 2017 Rome Burns & State of Control.


State Of Control is an anti-establishment, angry, loud and powerful song, & discussion about the state of the world we live in.
Turn the other cheek
wait for history to repeat
elect for us to speak
Democracy for the weak
Rise above the tide
No more comfort in their lies