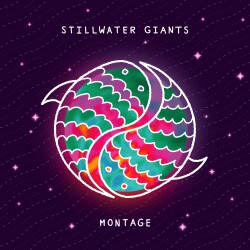 After originally being Unearthed by triple j in 2012 to play the Groovin' the Moo festival, Stillwater Giants swiftly found themselves supporting the likes of Birds of Tokyo, Ball Park Music, British India, The Rubens and Regurgitator. They also played Future Music, Parklife, Southbound, St Kilda Festival, as well as US tastemaker festival CMJ. With an intention to head back into the studio for a quick six month follow up to their hugely successful single and EP ‘Fly Under the Radar’, things went slightly awry as they sometimes do. This once cheeky group of musos - who were famous for their happy-go-lucky attitudes and not taking life too seriously - turned. Internal conflicts ensued, university degree debts went up and personal differences almost drove the band apart.
Then, something amazing happened. They began recording.
The decision to record all parts to their new album live at RADA Studios with Matt Gio (Birds of Tokyo, Katy Steele, San Cisco) presented a chance to bond but also to write new material, together. Their first two singles 'Patience' & 'Montage' promise an album that reflects their matured songwriting ability - as well as being completely infectious.


'Montage' is evidence of the band's maturing sound, while maintaining all their trademark boisterousness. Warped synths, bending & biting guitars, upbeat vocal hooks, a sense of fuzzy nostalgia with just a touch of longing, wrapped up in a 'live at the studio' style recording - it's all there.

Other tracks by Stillwater Giants: Patience
%