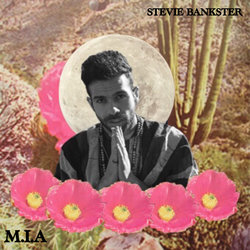 Stevie Bankster is an extraordinary new talent from Melbourne. Stevie oozed individuality as a child, his unwavering heart and undying love for music and storytelling began early in his childhood. Through adversity he has always been expressive and his music and writing was a big escape and distraction for him. From there Stevie has honed and worked on his unique sound and voice; a blend of RnB, neosoul and pop.

Stevie also has extensive experience in acting, modeling and styling. A true self starter, working hard to support his dreams.

A voice so smooth and a soul you can connect with - with every word Stevie will make you feel. Drawing style inspiration from old school Hollywood and eclectic vintage tastes, Stevie has never been afraid to embrace his uniqueness.
2016 brought big things for Stevie, completing his first original mixtape project (to be released soon) and a trip to America to begin a new project.

He has released his first single ‘The Whole Story” on Soundcloud followed by his latest tune 'M.I.A'!


Written in darkness with heady incense burning, 'M.I.A' laments the self-centered nature of a relationship built on apathy. Bankster's potent vocals glide over understated tropical production. This is an affair where both participants are playing a calculated game - constantly ducking any real form of sincerity.