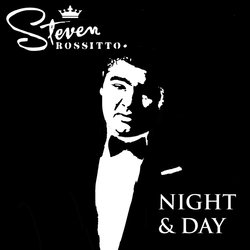 Steven Rossitto walks into a room and the room lights up: but, it’s when he caresses a melody that the magic happens. There’s a maxim that all great singers sound like they’re telling the truth. Rossitto fits the bill. Now, with the release of his debut album, Night & Day, audiences will have a chance to be seduced by his unique vocal ability.
It’s the way Rossitto gets inside a tune that will stop you in your tracks. He’s eighteen, from Melbourne, and boasts an innate gift to draw listeners into a song. Rossitto simply knows how to inhabit a melody and interpret a lyric. If you have a penchant for believing in past lives, it’d almost be fair to say his voice has seen a few.
Rossitto is becoming a global name via the power of YouTube with almost a half a million hits on a Guy Wood/Robert Mellin song first published in 1952 called, My One & Only Love. His simple reading, alone at the piano, has captured hearts and ears around the world. Now there’s a buzz growing in America, Europe and Japan, but all Steven cares about is the music.


‘Saturday Night’ is the opening track on Steven’s debut album ‘Night & Day’ which is released August 17.