Steven North - Wonder (No One Needs To Be Afraid) 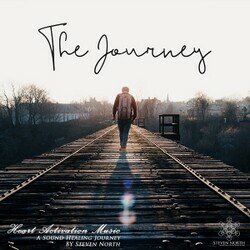 Steven North is a passionate music creator and his expression of love can be heard through all of his creations.

It began as a hobby in the late 90s: performing as a mobile DJ for weddings, functions, parties and corporate events. In the course of time, this love of music gradually shifted towards becoming a passion, one that was put on hold for 11 years. It wasn't until 2010 that he turned his passion into a career. What started as chasing a dream was now turning into reality. Since Nov 2010 Steven has been creating his dream: a native of Perth, Western Australia, started his music career as resident DJ for a pub in Fremantle, getting guest spots in clubs and events around Perth and appearing at leading venues and radio stations.

In 2015, through hardships, Steven delved into Music and founded the Heart Activation Music with his meditation music albums being publicly released in 2016 and used by people around the world.

The latest album "The Journey" demonstrates the versatility of Steven's music and his passion for creation.


An incredible energetic song by Steven North. This Progressive House which also uses a Spanish guitar is how there is no reason for anyone to be afraid that no one is the same and to admire the wonder & beauty of ourselves. Embrace the Wonder!