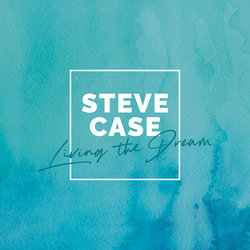 Steve Case was a little shocked and bemused when, after rocking the house at one of the nation’s biggest and best known Country Music Festivals, the feedback he received from organisers was simply “Your jeans aren’t country enough”.

At blues festivals he wasn’t bluesy enough, at folk festivals not quite folky enough and so after years of trying to fit in, Case changed tact, quit his 9 to 5 job, bought a van and began life as a travelling troubadour - playing his songs, his way to his kinda people.

This travelling eventually landed him in the Kimberley - one of the most beautiful and remote parts of Australia. And it is little wonder that after years of not knowing where he belonged or fitted in, he found his home amongst the red dirt and salt of the earth characters in the Australian outback.

Steve Case is very much looking forward to another year of travelling around, playing music, telling stories and continuing to "Live The Dream”.


Inspired by those care-free days of travelling around with no worries and with only the promise of adventure in front of you.

Written as a celebration of van life, the song, unfortunately, became a tribute to Case’s beloved van which he rolled and wrote off in late 2017.