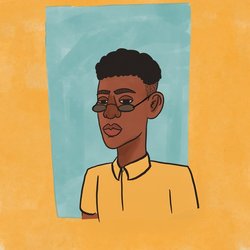 Stevan’s powerhouse natural ability and esteemed musical acumen continues to garner praise across the country, strengthening between his woozy introduction in “Timee”, which has now achieved over 1 million streams online, and the effervescent follow up “LNT”. Upon debut, Stevan quickly achieved far and wide playlist support from Apple Music and Spotify, plus the titles of FBi Independent Artist of the Week, triple j Unearthed Feature Artist and MTV’s Upload of the Week.

Kicking into success straight out of high school, over the last two years Stevan has celebrated signing to North American label Honeymoon Records/+1 Records, the esteemed Niche Productions and management team Astral People alongside other local heroes like Cosmo’s Midnight, Winston Surfshirt and Milan Ring, before announcing a new signing with Astral People Recordings for his third release. He’s since topped off a stunning debut with a support slot for Winston Surfshirt earlier in the year and acclaimed appearance at BIGSOUND 2019, where he was named by The Music as “the nicest person (we) met during BIGSOUND, as well as sharing of one of the most impressive sets of the week". Stevan has also charmed crowds at Sound On Festival, next performing at Fairgrounds Festival.


Folding together all his self-taught assets, Stevan manifests a simple love song elevated in complex production, proving his gift for shaping music that smiles. With a pulled back pace, the track sings of care and devotion before glimmers of guitar take the lead in a dance of lush drum beats, souled out vocal layers and sunny textures between.