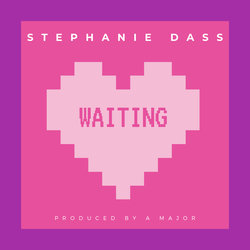 Gold Coast singer-songwriter Stephanie Dass has been performing for both corporate and community events since she was 15 years old. In the background, she had been writing her own music and always had the dream of releasing her original songs. Stephanie is now thrilled to announce the release of her latest single Waiting. Written by Stephanie Dass and produced by A Major, together they are more than the perfect match when it comes to music, they are in fact husband and wife!

“Normally when I write songs, a melody comes to my mind and lyrics just naturally follow as I sing the tune or I sit there with piano and jam it out” says Stephanie who has been writing songs since she was 6 years old “but for Waiting, it was different. I heard my husband creating a beat and laying down a track and I just started singing a tune on top of it and he was like ‘YES! That’s it!’ So, I think we complement each other in that way.”


Waiting is a 90s RnB inspired track. It has that classic 90s RnB sound, with rich soulful vocals, a catchy hook and a beat that you can’t help but bop your head to. This 90s track was inspired by their musical influences to the likes of SWV, New Edition, TLC, Toni Braxton, Tevin Campbell, and Blackstreet.