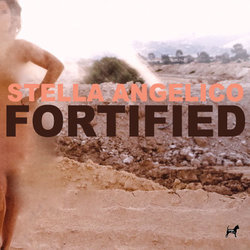 Angelico cuts a dominant figure. From her powerhouse vocals to her fierce stage presence, the artist’s love of rock, old-time soul, dirt, sex, beauty & bold Italiano stylings are brought to life on stage in a striking fashion. No one says it better than the singer herself, who sings, “I’ve been a woman since I was a little girl”.

Since the release of her first single ‘Mister’ in 2012, Angelico’s loyal fanbase has swelled. From the swampy depths of iconic city haunts, such as Cherry Bar and the Old Bar, to the big stages of Boogie Festival, MONA FOMA, Melbourne Festival and Adelaide Festival, music lovers are embracing the Melbourne performer from all corners of the country. Following ‘Mister’, which received solid support from Triple R & PBS, Angelico spent most of 2013 overseas, including performances alongside Clairy Browne & The Bangin’ Rackettes in New York City.


Fortified is a synth fuelled muscle car trip through a gorgeously stark and untamed, powerful lyrical landscape. Out from the underground depths of her last single, Prey this latest offering has Stella Angelico, rising up and emerging a phoenix, with Barbarella hair and an iron will.