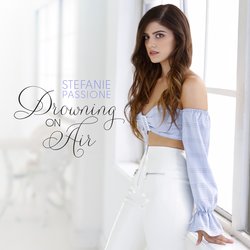 A recording artist from Perth, Western Australia. Stefanie Passione is a 20 year old singer/songwriter. She has been performing from a very young age. Her first live solo television appearance at a mere 12 years old on Perth Telethon for Channel 7. She was fortunate enough to then sing for them another 2 times years later. Stefanie has had the joy of singing for The Welcoming Home Ceremony of the Olympic Athletes Perth as well as a support act for Johnny Ruffo & Justice Crew at the Perth Convention Centre. Stefanie has been writing songs since the age of 15 years old. Her first release 'Just For One Night' is an upbeat pop infused dance track. Her second song is 'Drowning On Air' a Pop/R&B ballad about a relationship at its breaking point.


A Pop/R&B ballad about a relationship at its breaking point.