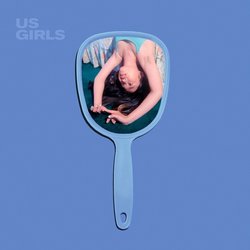 Formed in 2018, the four-piece alternative rock band, Sputnik Sweetheart, have quickly established themselves in the Canberra music scene. The band has built a reputation for delivering emotive, high-energy performances to sold out shows in their home-town and beyond.

Since their debut in August 2018, the band has played a slew of local and interstate gigs alongside artists such as British India (MLB), Joyce Manor (USA), Radiator Hospital (USA) and The Babe Rainbow.

Riding off the back of their recently released sophomore single, ‘Home Again’, Sputnik are gearing up for a massive second half of 2019, set to play returning festival Stonefest in October, and Spilt Milk in November.


‘Us Girls’ is the third single from Sputnik Sweetheart, a new indie-punk-rock hybrid out of Canberra. The four-piece show their teeth for the first time, coming out snarling and growling with this chaotic and emotionally-charged single.

Described as both melodically and lyrically anthemic, ‘Us Girls’ throws gender inequality into the spotlight in a passionate and frustrated voice.