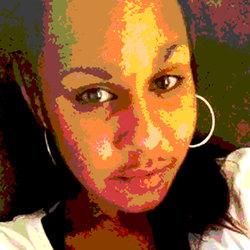 A tribute to Ms Dhu, all proceeds from the sale of the single will go to her family

Support the cause using the hashtag: #IMISSDHU

Felix wrote the song after traveling to the Pilbara with The Gondwana Indigenous Children’s Choir (the foundation of Marliya), where he heard about the tragic death of a 22-year-old Aboriginal woman who died while in police custody in Port Hedland in August 2014. The song is being released post the findings of the Coronial Inquiry in late 2016.

“It’s a political song. I’ve tried to tell the story as it happened, often using direct quotes from the courtroom. We’re dedicating the track to Ms Dhu’s family, who have shown extraordinary courage and resilience in the face of tragedy and loss.” says Felix Riebl

ABC TV’S 7.30 Report featured Felix and the single on January 10, telling the story of ‘Ms Dhu’, Felix’s reasons for writing the song, and the family’s reaction to it.

The track is part of the self titled album Spinifex Gum, featuring Marliya, Peter Garrett, Briggs, Emma Donovan, and Felix Riebl due to be released later this year.


On the 730 Report, Felix Riebl (of Cat Empire) was interviewed about ‘Ms Dhu’ – a song he wrote about a 22 year old Aboriginal woman who died in WA police custody in August 2014. All proceeds of the sale of the single will go to her family.